I greet you from India, that in Silo’s words is “the throbbing heart of the world, from India whose spiritual reserves have been a teaching and an answer for a world whose mind is sick”.

I am grateful to the organizing team to give me this wonderful opportunity to welcome you to this unique event that brings members of the School from different countries together for an interchange.

On this occasion when Masters of the School from across the world have come together for an interchange, I will be happy to share some points expressed by Silo, and attempts of action that we have started from India.

For us, the School is:

The School is the center of Work from which radiates a totalizing doctrine, a system of practices of self-knowledge and self-improvement, and a set of crafts and disciplines necessary to the human being for his integral development.

Its fundamental objective is therefore the development and liberation of the human being, based on those doctrines, practices and disciplines.

The usefulness that the School renders to its participants is given by the doctrine that it places in their hands as a working tool and by the ambit that it creates, facilitating the task that (undertaken in isolation), would be seriously disturbed.

The School stresses that every task of individual liberation is accomplished in this life, but leaves open the possibility of a future life. The development of that possibility constitutes the Inner Religion.

The organization is occasional and depends on the historical moment, as well as on the development of its members. On the other hand, it adapts itself to the circumstances in the best possible way to achieve its objective.

The School is the center of work and the point of irradiation of this work. It uses or creates organisms directly or indirectly linked to it to turn them into diffusers. In this sense, no human activity is alien to it and all of them are means that serve its objective.

In saying: “no human activity is alien to it”, it is not affirming that activities opposed to the development of the human being can be used in its favor.

The social movements that tend to liberation from material slavery cannot be opposed to it, since they place the economic, cultural and technical base at the disposal of the human race, becoming progressive factors that facilitate the action of the School. But in themselves these cannot be considered as liberators of humanity, unless they open without postponement the expectations of mental transformation. This point is clear. Without material basis, there is no possibility of mental transformation, but the material basis is not enough.

The School originates in any geographical point and at any historical moment in which these approaches arise and a doctrine is elaborated, “discovered”, or reinterpreted in accordance with them, at the same time that a system of practices and disciplines is structured and transmitted personally.

The School can maintain a traditional line over time. It may, on the contrary, disappear later on. But what is evident is that in all epochs and civilizations with a minimum of material development, traces of it can be found.

On the other hand, there is no longer a school where the objective that justifies its existence has been lost or where the doctrine is not adjusted to that objective.

There is no problem of “lines” and School. The School is unique if the mentioned objective exists and the doctrine, practices and disciplines are identical. Various tendencies that deviate from the objective and from an adequate doctrine may be called “schools”, but they are far from what we have been defining.

The school is potentially in every human being who discovers the possibility of liberation and who intuits the existence of a doctrine and of a system that allows its realization. Thus, in the religious and magical sentiment (apart from its socio-cultural implications or the situation of “escape” that they reflect), the tendency to the manifestation of the School can be traced.

Certainly, the School will have a large or small apparatus of erudition and knowledge according to its development and the development of its members, but that is not what will give it its substantive character.

In different times and places, it will have had great splendor or humility, but in all cases, it must have exercised its function.

One of the virtues we need most in members is to be able to talk from the heart. To talk from experience. To talk with faith. This way of communicating has a special flavour that people can recognize.

Perhaps a proportionally small number of Masters, could reach far and wide cutting across cultural, age and even language barriers.

Now is the time to reach large numbers of people with our Message.

There is no doubt that we are here with a mission, a Mission that is driven from our hearts, from our meaning of life, from our purpose to Humanize the Earth.

Today, the world has truly become a global-village, where people have started accepting the virtual connection and a lot of activities, including this interaction, are happening in virtual mode. This presents to us a new and huge opportunity to connect.

Today, in the midst of an unfortunate pandemic driven crisis, the world has started realizing that there is a global crisis and that this is a personal as well as global crisis, and everyone across the planet accepts that.

There is therefore urgency to disseminate, across the world, Silo’s doctrine and the fundamental principles of Universal Humanism.

I remember how we were ridiculed in 1981 when talking about the existence of a global crisis.

The situation in the last 40 years has changed dramatically. The global crisis is accelerating and the collapse of the system is obvious to the majority of people. The crisis affects every region, country family and individual, yet we don’t have enough presence as to create a reference and alternative to the collapsing system.

We feel it is urgent therefore to grow in all fronts. The school without people capable of bringing the Silo’s doctrine into the world is useless. Masters who are not reaching and teaching new people are sterile.

In India the School is formed by 76 Masters from 3 Disciplines. Mental, Morphology and Energy. There are two parks Kandaroli (near Mumbai) ready to be inaugurated in Feb 2022, and Narhi Parks in Bihar (in preliminary stage with a plot and a next-door facility for 50 people to meet and stay).

There are no Monographs produced so far.

All five Organisms and the Message are active across India.

Additionally, Inspired by Silo’s Moscow talk of 7th October 1993 titled Humanist Forum and the words at Chowpatty India on 1 Nov 81, where he says: “To Humanize the Earth is also to humanize those who have influence and power over others, so that they in turn will listen to the voices of those who need to overcome poverty and disease”.

We launched the project of a World Humanist Forum in Asia. To take place in 2022 if minimal conditions are met.

Currently, we have the basic pages of the Organisms, Message, Parks. Outside organizations have also joined. The Forum was launched on 15 Aug 2021 with participation of members of Organisms and Message and supporting organizations across India, Pakistan, Nepal, Bangladesh, Sri Lanka, Philippines, Japan, Australia and others from Africa, Europe, North & South America.

While taking the initial steps, we are confirmed that this form, the Forum could be the best vehicle to move forward to enter the stage of masses, where we could reach a very large population and make Universal Humanism known all over the world.

Apart from others, India has a very large number of organizations that are oriented by Gandhian philosophy of Non-violence. India that has 75% of its population depending on agriculture, currently has a 13 months old non-violent struggle going on, led by Farmers who are demanding their rights. This has generated greater cohesion and internal organization in their Movement. We have already approached one of the largest unions through its Secretary General with proposals to training in a pilot program their militant base.

We have found similar receptivity with the largest Gandhian organizations in the country.

What has slowed us down is the lack of qualified people in our ranks to do everything that need doing.

This is a moment therefore that opens big possibilities to grow in numbers and influence.

But we cannot do it at the right pace without many more hands on deck. Tragic but real.

We realized that to reach large numbers of people, while the virtual mode will help us create the initial teams, we need our materials, translated and simplified in audio-visual formats.

For example, instead of telling people to read Silo, imagine if these talks were to be available in local languages as audio/video books that people could simply watch and share on their smart phones. It is crucial for this stage to have our materials in local languages in audio-video formats to reach out to many in a short time. The Principles of Valid action could be spread the same way, as well as all our materials.

We could well be on our way to reach millions of potential Humanists driving the world with Peace, Force & Joy towards a new moment in evolution.

Thank you and wishing the best of Peace, Force & Joy to all of us! 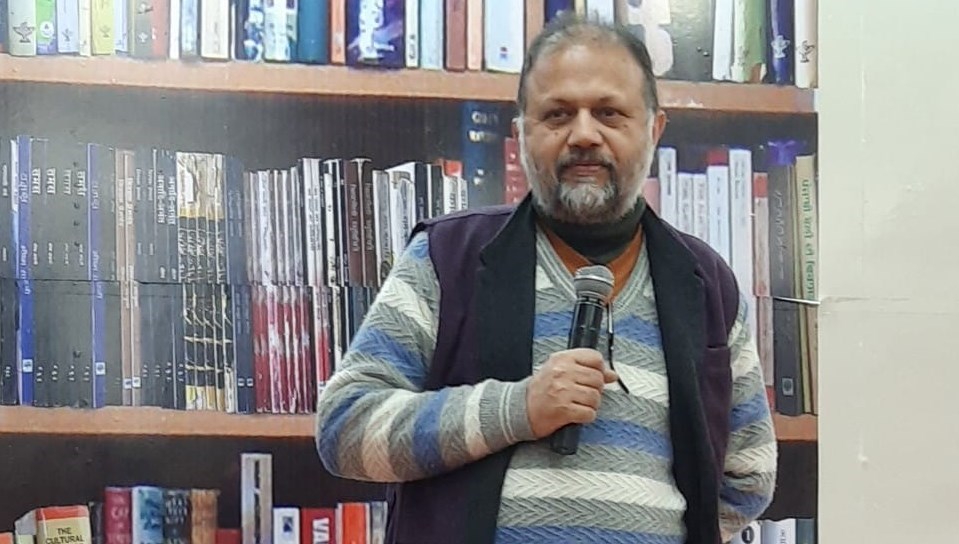 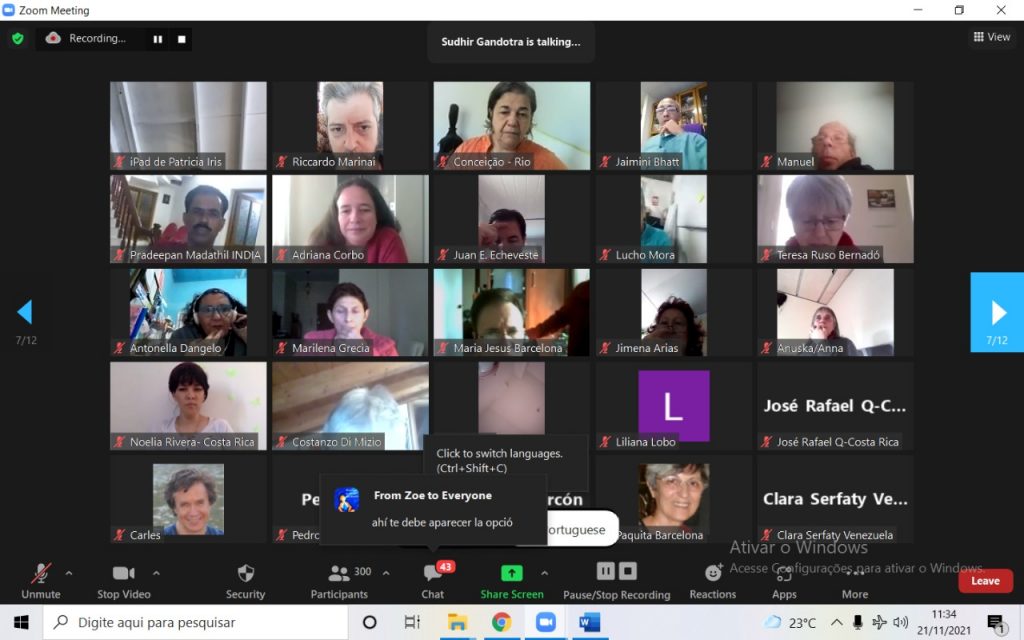 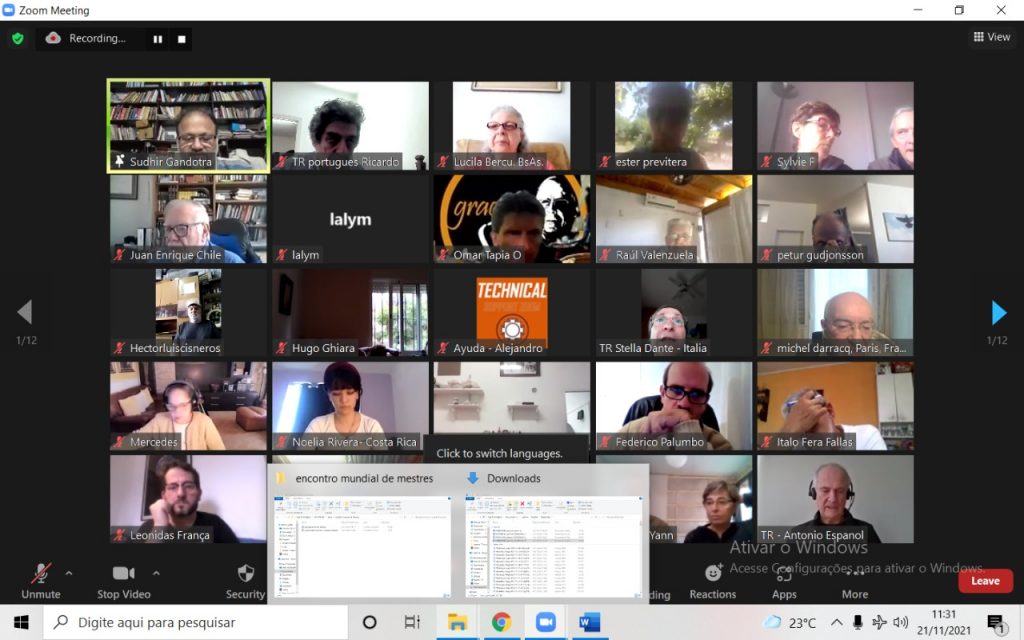 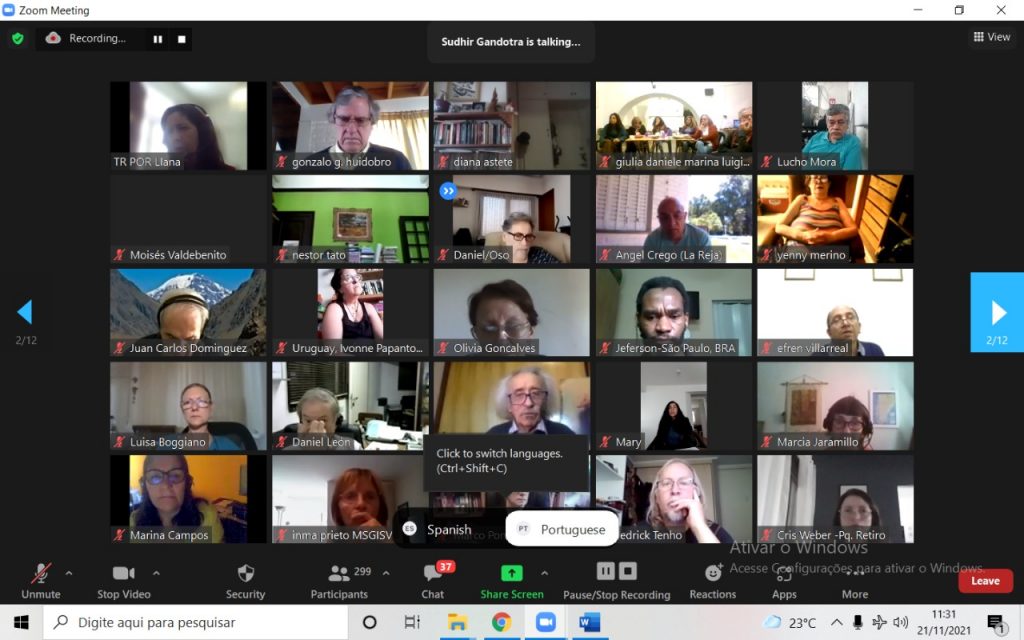 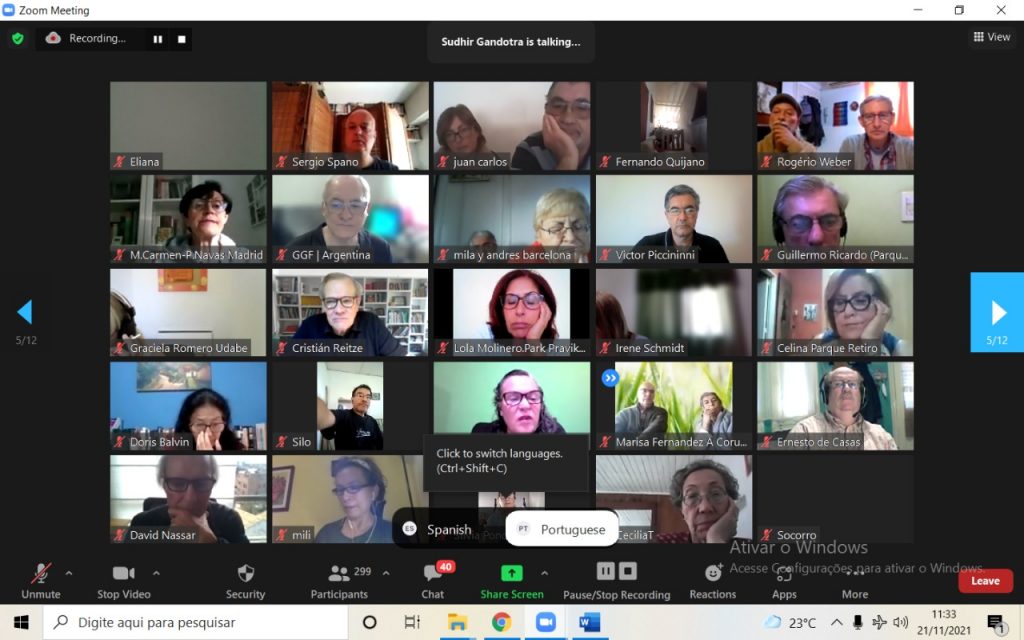 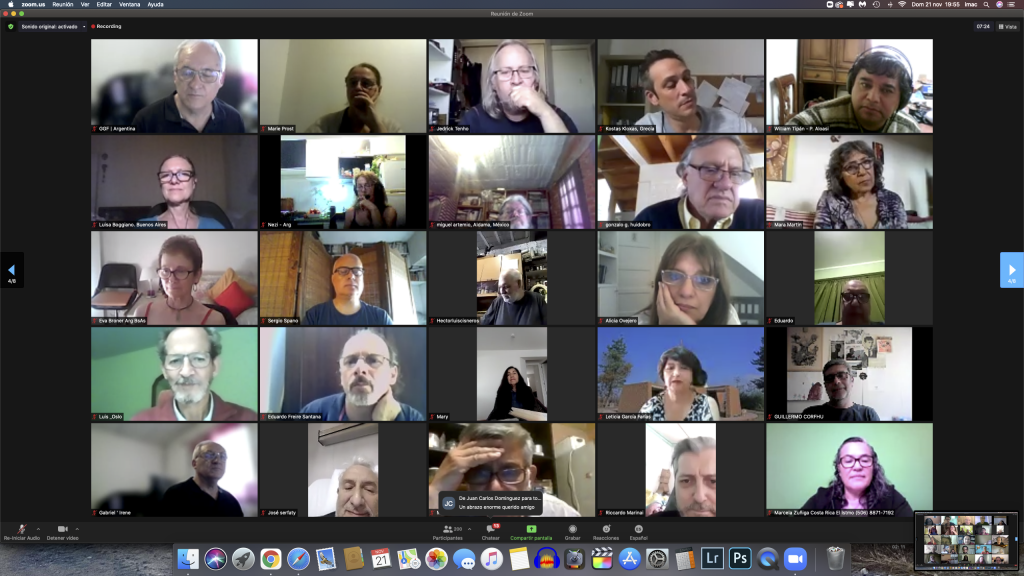 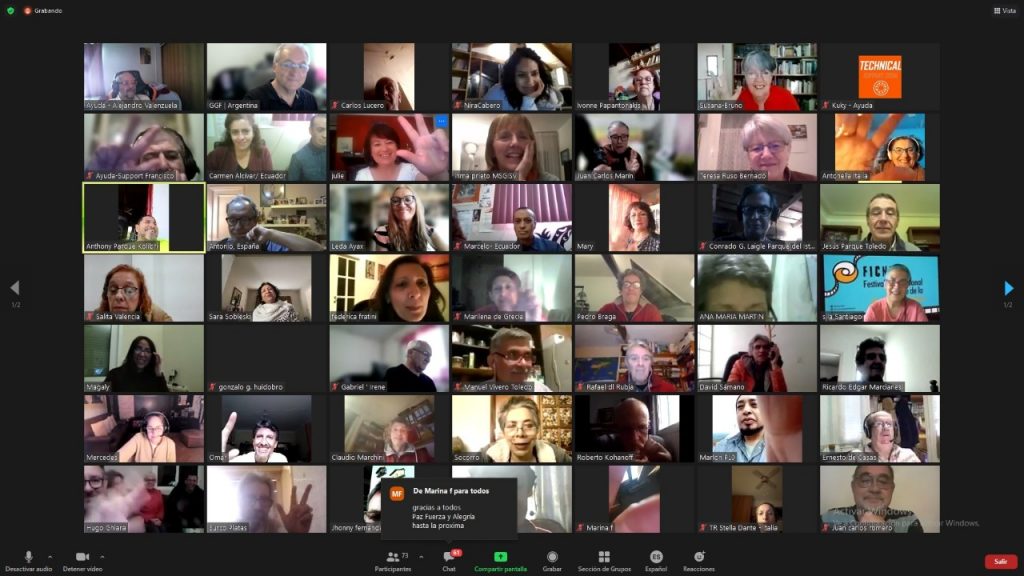 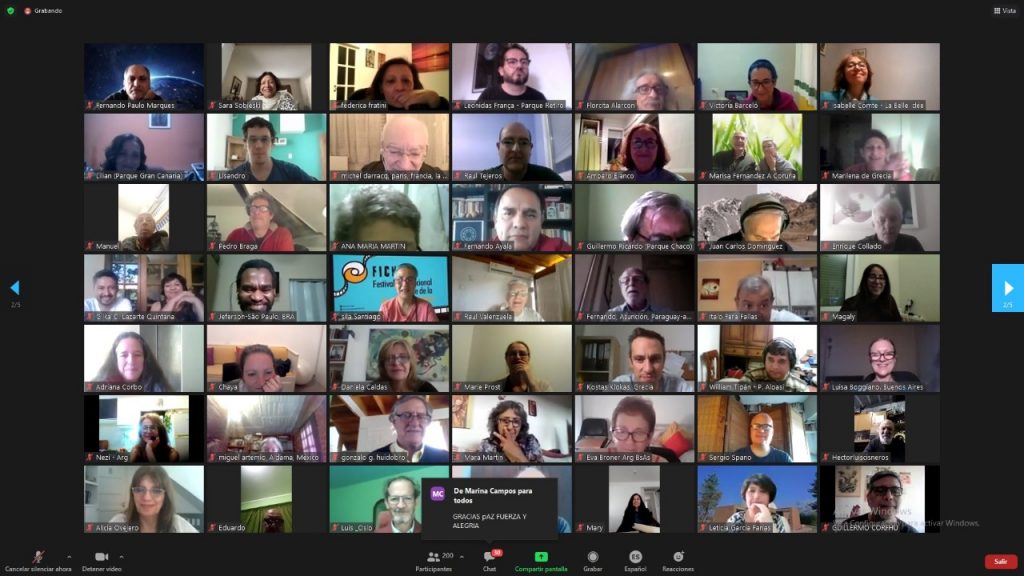 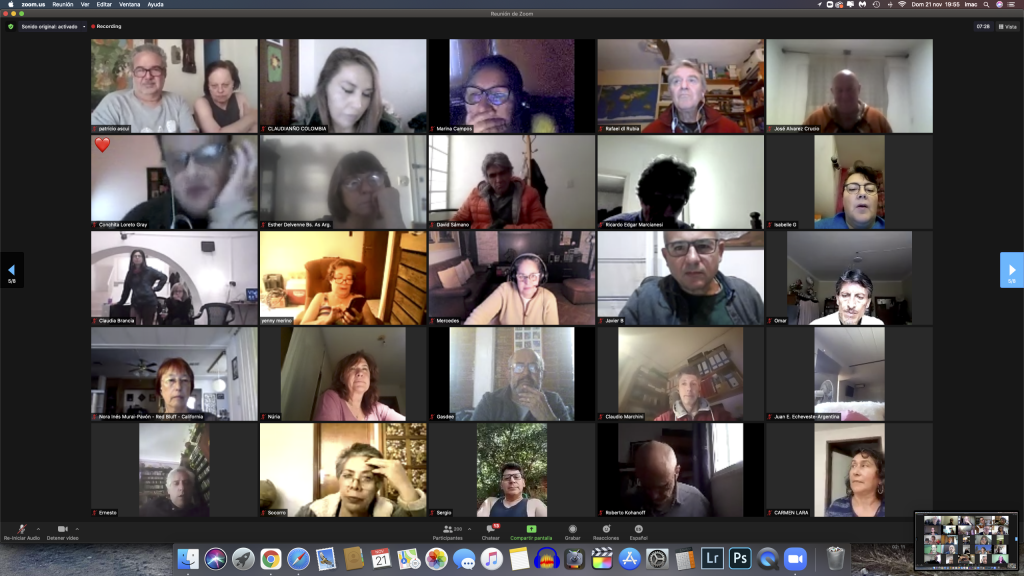 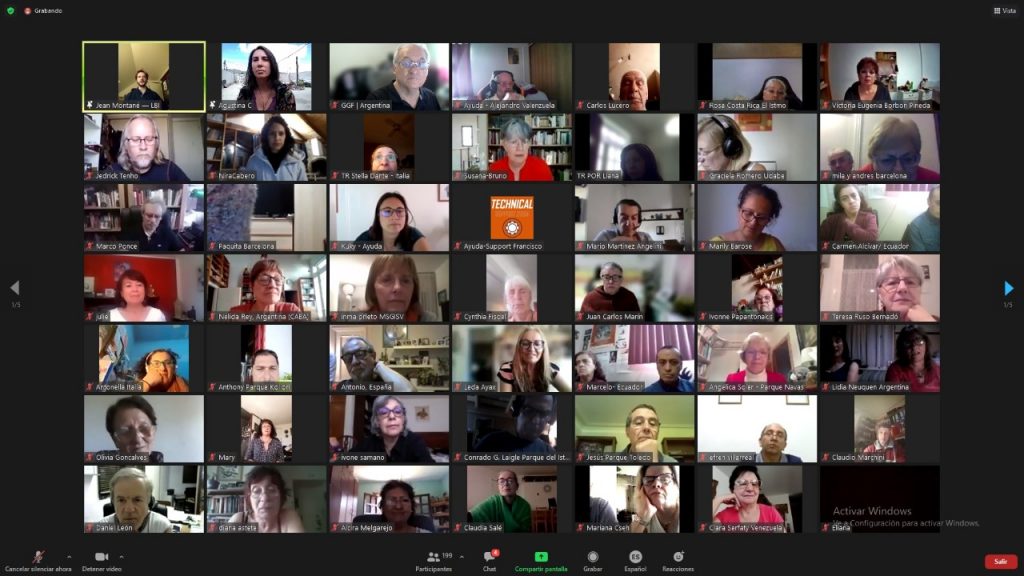